Mr. Lemaitre lives in Brussels, Belgium. He is 70 and five years ago underwent surgery for lung cancer. In mid-February his carcinoma recurred and he was admitted to hospital. Subsequently his condition worsened and in the beginning of March he entered a coma. Less than a week later, his temperature spiked and he was tested for the novel coronavirus. By the time the result came back positive, Mr. Lemaitre had already passed away.

Mr. Peeters lives alone in rural Flanders. His age is the same, 70, and he has a chronic heart condition. But he is in decent health otherwise and he makes sure to regularly visit his cardiologist. Good monitoring, a healthy diet and a quiet lifestyle could easily give him 10-15 more years of quality life, said his doctor. At the beginning of March Mr. Peeters had a couple of bad days, but then was better. He didn't worry too much, it had happened several times in the past and the doctor had adjusted his treatment in response. He would anyway see his doctor in two weeks for his regular appointment.
As the days pass, Mr. Peeters begins to stress about the coronavirus epidemic. He knows he is in a vulnerable category, at his age and with his chronic heart disease, so he limits his contacts and spends most of the time indoors, watching the news. The epidemic is growing in his region, with more and more cases reported every day. He knows stressing is not good for his heart, but cannot help it. He has another bad day and he takes meticulous notes of all the symptoms, to tell his doctor when he sees him in a couple of days.
Then one day and a half before his scheduled appointment, the government on TV announces a lockdown, aimed at slowing the spread of the virus. All non-essential outings are banned. All regular medical appointments are canceled. Mr. Peeters panics. During the night, he has a heart attack and by dawn is dead in his bed.

While Mr. Lemaitre and Mr. Peeters both died at about the same time, only one of them died due to the coronavirus. Mr. Lemaitre was already on his deathbed when he contracted the virus; it might have accelerated his demise, but it certainly wasn't the primary cause. On the other hand, Mr. Peeters' death is obviously caused by the coronavirus pandemic, even if he might not even have been infected; indeed, were it not for the cancellation of his cardiology appointment and for the stress of the situation, chances are Mr. Peeters would be happily tending to his garden in the spring sun, and for years to come.

Still, in the figures announced in the news bulletins, it's Mr. Lemaitre's death that is counted among the victims of the virus, and not that of Mr. Peeters.

Both Mr. Lemaitre and Mr. Peeters are fictional characters, but you get the point. As a real life example, I could refer to the hundreds of people who died in Iran after drinking methanol based on the false belief that it would protect them from the virus. Does the pandemic play a role in their deaths? Most certainly, but you will not find them counted among its victims. Also forgotten will be the lives lost due to the economic collapse provoked by the lockdown measures to stop the pandemic.
The covid-19 statistics that so many of us follow daily, which make the media's frontpages and determine the policy responses of our governments, are flawed.
Different countries count fatalities in different ways and test to various extents for the virus. We have no clue how many people are infected, how many recovered without ever being tested, and we only make guesses as to the death rate. Official or quasi-official estimates are multiples of the headline confirmed figures. We scratch our head at the widely diverging death rates in Italy (very high) and Germany (very low) - but we don't even know whether the data is comparable, given the differences in testing and in counting fatalities.
For all the talk about the science's comeback, about evidence-driven policies, in this unprecedented crisis our leaders are to a large extent flying blind. And the stakes couldn't be higher. The measures being taken these days are historic: state of emergency, lockdowns, border closures, huge fiscal packages to keep the economy - and indeed the society - afloat. One would wish that the figures informing these decisions would be reliable, statistically sound.

But is there any way to have accurate estimates of the death toll of the coronavirus?
The answer is yes, and it was used before - but not yet in this crisis.

Is Trump's foreign policy influenced by a TV series? (EN) 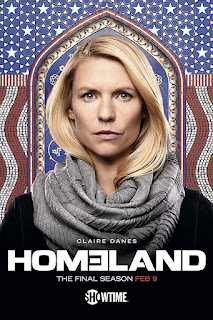 I have often wandered what may be the reasoning behind President Trump's foreign policy decisions, as they don't seem to follow a consistent pattern. Some seem purely transactional, while others are wholly unilateral; some appear very short-sighted, others potentially far-reaching; some look reckless, immature or extremely biased, others considerably more balanced. I'm not saying at all that these come in equal proportions! In my book most of his actions in international affairs are short-sighted, reckless, immature and biased. But the proportion is not the question here.

One can assume that, with his limited attention span, what counts most is who among his entourage gets his ear last before a decision is made - and the chaotic working methods and the frequent personnel changes at the White House might explain some of the inconsistencies. There were also reports that he gets easily triggered by certain TV talk-shows.
This is quite unsettling, as it leaves it unclear what this president is exactly standing for, what is the common thread in his foreign policy and how easily he can be influenced from random sources. If America's moves on the world scene are erratic and unpredictable, for allies as for adversaries, the consequences can be very serious.