The Principle of Communicating Vessels (EN) 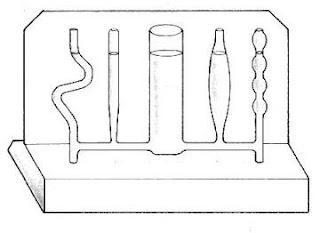 ------
UPDATE (25/03): Since I wrote this post, I noticed several comments (see here, also on BBC World yesterday) that getting healthcare reform out of the way has enabled Obama to adopt a tougher line with Netanyahu. I made my original comment in that respect (see below) hours before healthcare reform was voted in the House of Representatives. If anyone can find an earlier comment making this point, please let me know. Until then, I proudly claim the credit of being the first having noted this implication :)
-------

Though I have watched it passionately, I don't have any strong feelings about the substance of the debate on health insurance reform in the US. There are a lot of technicalities in the arguments that have been going back and forth; some of the objections from the conservative camp seem reasonable; it also seems odd for America not to be able to offer basic care to its sick, like virtually every other rich nation has been doing for a long time.

What gets me excited about this day is not the policy substance of healthcare reform, but the broader political significance of the moment. And its potential consequences for issues that I care a lot more about.

In a few hours, as the House of Representatives will pass (again!) a healthcare reform bill, finally clearing the way for president Obama to sign the reform into law (with some later fixes possibly to follow), history will be made.

When he took the presidency, in the midst of a severe recession - in fact, the total collapse of an economic and financial paradigm that had built up for many years - Obama chose to bet his political fate on a few ambitious, transformative reforms, of which healthcare came to be the most important and politically charged. His opponents were right to identify early on this particular initiative as potentially being Obama's Waterloo, a defeat that could "break him" and undo his presidency. And it indeed has become his epic battle, one that absorbed much of the president's focus and energy.
During the past twelve months, more than once it looked like healthcare reform was all but dead, and that Obama and the Democrats should cut their losses and try to move on. Attempts at building bipartisan support proved elusive. As the right-wing machine started an all-out war against it, the public gradually soured towards healthcare reform, and the looming mid-term elections made many Democrats with vulnerable congressional seats hesitant about supporting it. But Obama persisted, against all odds. And he rallied the troops again, and today he sees it through.

This is Obama's baptism of fire.
The historic House vote today unlocks the full potential of his presidency.

During his first year at the White House, Obama has hit some of the invisible walls that constrain the policy choices of an American president. Be it on domestic or foreign policy, some of those constraints have become entrenched in decades, and challenging them was never going to be easy. So tension is building up as this Administration with its broad transformative agenda starts pushing against them - whether on torture and home security, the Israeli-Palestinian conflict, the engagement with Iran, security in Europe, or the old divisions in the Western hemisphere.
However, the prolonged quagmire of health reform has limited so far the energy and political capital that Obama could allocate to other issues.

I therefore expect the impact of today's breakthrough to reverberate on the other issues - including in foreign affairs - according to the principle of communicating vessels. Indeed, I think for example that today's likely passage of healthcare reform is bad news among others for Israel's Benjamin Netanyahu (who is to meet with Obama tomorrow) and for Iran's Mahmoud Ahmadinejad - both of whom have based their politics on the continuity of America's traditional approach to the region, one which this Administration is trying to navigate away from.

Winning this crucial domestic battle gives Obama a new lifeline. His improbable journey to transform America and the world can continue.
And for the many non-Americans who have put some hopes in this endeavor, it may be now that it truly starts.
Posted by Rational Idealist at 1:18 AM